This article was written by guest blogger Top Whiskies, and first published in June 2011.

I tried to avoid the word ‘glencairn’ like an ex-girlfriend at a wedding reception. I tiptoed gingerly around it.  I bobbed: ‘your company is great.’ I weaved: ‘you guys are doing some great stuff up there.’ Paul Davidson, the man on the other end of the phone, probably thought I was a particularly inarticulate lizard. It wasn’t so much the word I wanted to stay clear of; Glencairn is in fact a perfectly lovely word that’s intimately associated with drinking fine whisky. No, it was pronouncing the word that had me dancing around like a 16-year-old at a school dance.

To my tongue, it’s Glen-cLar-In. Where I got that second, phantom, ‘L’ I haven’t any idea. I knew it was wrong. I had a feeling that it was Glen-kar-in, but I wasn’t willing to risk it. Paul’s father, Raymond, founded Glencairn and any credibility I had would have cracked like a dropped glass if I couldn’t even get the name right.

Raymond started the company in 1980, which focused primarily on corporate gifts; the heavy glass shards given to top salespeople at black-tie affairs in lavish hotels where the open bar leads to embarrassing moments at the copy machine the next day. Raymond was a man who liked his whisky. But he couldn’t find a glass he liked so he did the only sensible thing: he poured some molten crystal into a furnace at 1,200°C and blew his own. What else could he do, ask for a brandy glass?

The crystal company was starting to take off and Raymond had two rambunctious and, to use Paul’s word ‘chaotic,’ teenagers at home. The whisky glass was put on a shelf and forgotten. Glencairn kept making high-end corporate gifts of intricate crystal and salespeople continued to make fools of themselves at extravagant parties. 10 years on Paul and his brother, Scott, were running the business and Paul found a prototype glass on a shelf.  Paul breathed on the opaque crystal, rubbed it with his shirtsleeve and decided to change whisky forever.

Well, maybe it didn’t happen quite like that. He didn’t start out to change the world, few people who do rarely intended to from the off. Raymond, Paul and Scott never imagined that the whisky industry would embrace the glass as they have. But now everyone at every whisky festival has a Glencairn glass in their hands and some are keen enough to have facsimiles on their cufflinks and lapel pins. Seriously, I’m not making that up. You really can buy enamel lapel pins; it isn’t the stuff of Faberge, but it’s the hallmark of a real whisky geek. 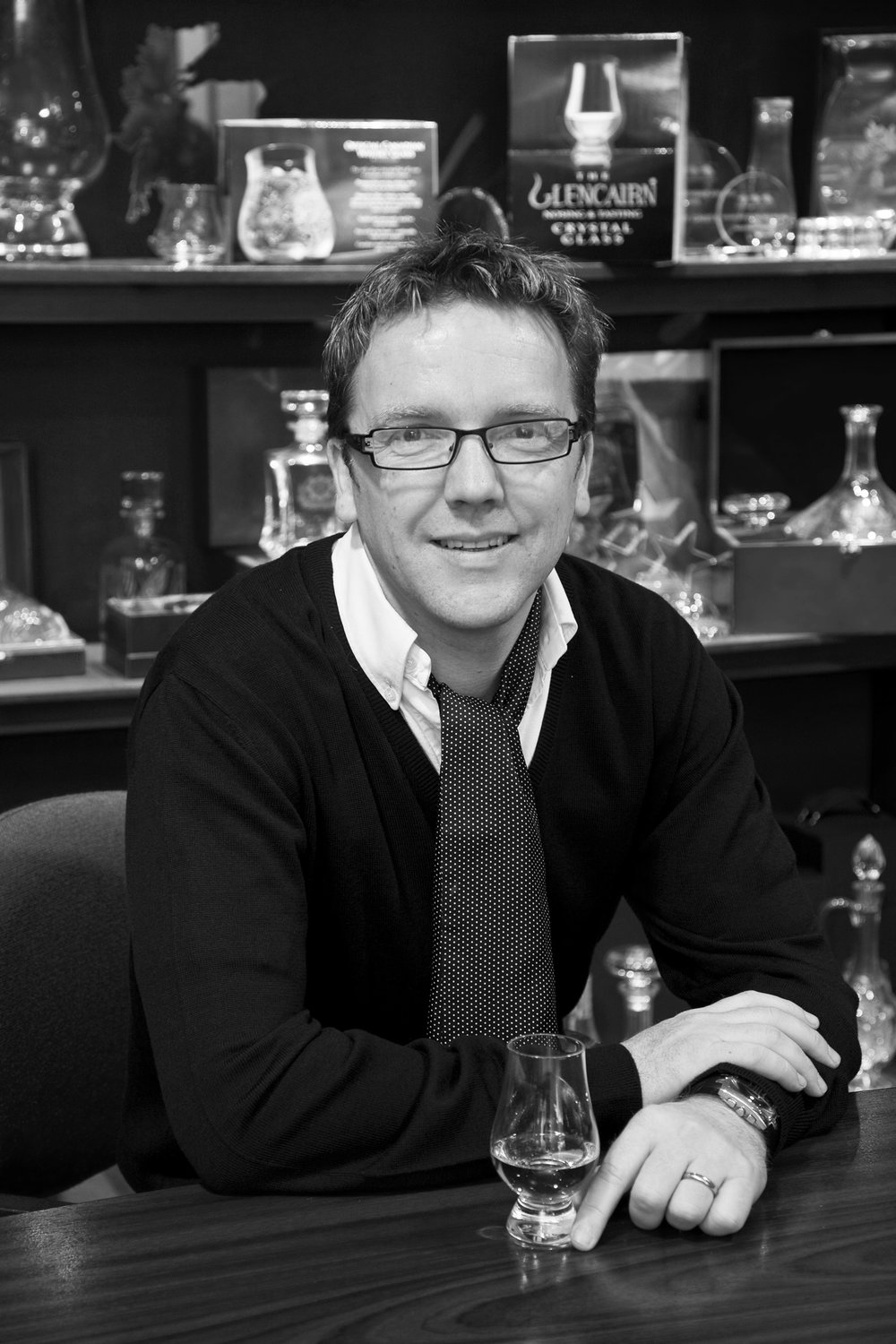 Paul talks about whisky festivals with enthusiasm and passion. He said he plans to go to one in San Francisco and had the excitement of a Chelsea fan talking about going to a match at Stamford Bridge in his voice. ‘I don’t go to meet people for new business,’ he explained, ‘I go because of the characters you meet when you go to whisky shows. I don’t make a beeline to a big company. I’m out there to have fun.’

But attending whisky festivals, and the status the glass has in the whisky world, has opened doors for Glencairn who, amongst almost every Scottish distillery, also counts Diageo as a client. Now, if you’re making spirits that you’ll be selling at hundreds or thousands of pounds, chances are, you’ll be putting it into a Glencairn bottle.

A lot of time and effort goes into creating distinct and eye-catching bottles. The design begins with conversations with the brands: do they want to embellish their standard bottle? Do they want to add metal? Paul and Scott have been working in the industry for over 30 years, a distinction Paul wears with pride and as a mark of his ‘time served.’ They instinctively just know what will work and what won’t, what might take other people some time to work out, they just have a feeling for.

Paul and Scott, despite sharing a room when they were growing up, are chalk and cheese. Scott, the technophile, helps to translate the vision into something that can be practically produced in the factory. After the crystal is heated in the furnace, the glass is blown but, because of its thickness, it requires a team of artists who are as well coordinated as any team of athletes. Wood blocks and moulds create the basic shape for the bottle. As soon as the molten glass touches the mould, it instantly begins to cool, so glass blowing is a process of seconds. The team of glass blowers uses physical strength, breath control, and dexterity to create the chamber with a certain thickness.

The bottle they made for Appleton Estate elegantly illustrates the glassblowers’s skills. The rum seems to float, suspended inside the distinctively shaped bottle.  This skill is only developed by experience. The thickness needs to be right for the bottle itself but also to the depth of the facets that will be cut in the glass. To slow that hardening process, the blown crystal piece is transferred to an annealing oven. If the crystal cools too quickly, stresses will be induced as varying thicknesses cool differently and the crystal will contract too rapidly. After the glass comes out of the oven, it’s a blank canvass for the glasscutters. 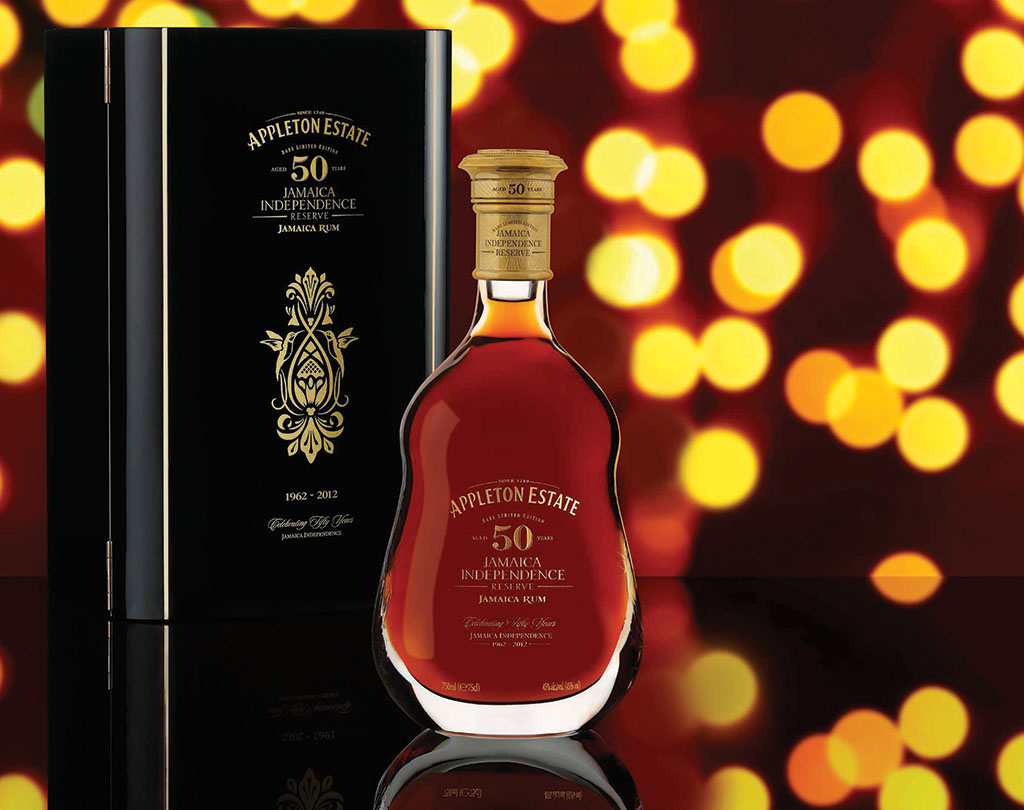 Everything from Glencairn is made by hand and it’s the engraving and cutting that is the most impressive to me. The cutters use sight, feel, physical strength, and a memory for patterns, details, and cuts. The types of cuts are wedge and flat cuts. Wedge cuts are made with diamond-tipped wheels and produce deep facets. Flat cuts are made with the same equipment but are not as angled; they provide contrast with the deeper wedge cuts. These produce the dramatic lines and patterns on some of the bottles and glasses

Paul explained that the most challenging bottles were the first ones they made, particularly those involving metal. He remembers a line of decanters they made for Macallan where they struggled with metal rings that went around the bottle ‘because the metal always wanted to move.’ He laughed at the memory, ‘but in the end, we nailed it’ and with a modicum of pride added: ‘as we always do.’

Glencairn has done more for the whisky world than making the best crystal bottles and glasses. Their legacy is helping to teach hundreds of thousands of people about how to appreciate whisky. The glass is more than just a vessel to transport whisky between the bottle and your mouth (it would be terribly uncivilised to drink directly from your handmade decanter). The glass is a tool, that’s helped people around the world enjoy and appreciate their whisky just a little bit more. 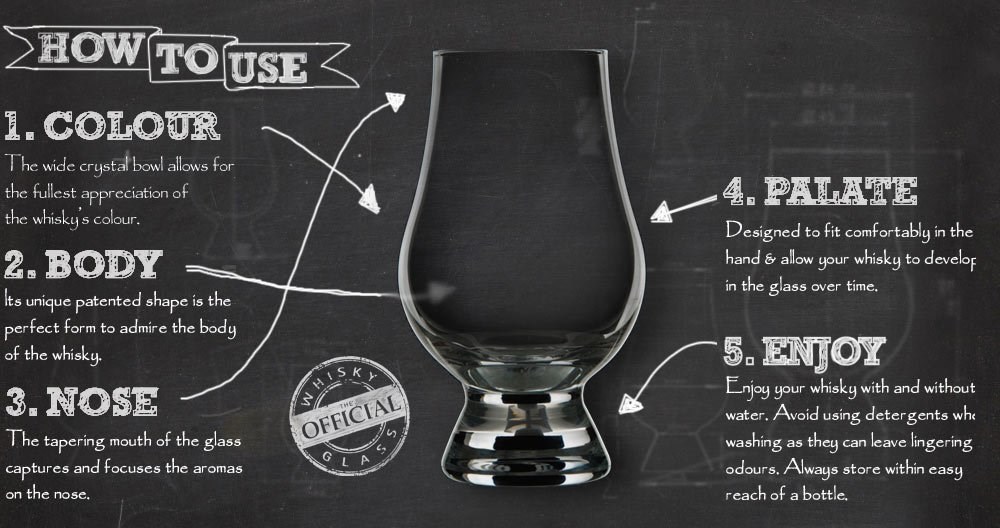 Glencairn whisky glass – how to

If you’d like to pick up a bottle that won’t cost the earth, you can get a Royal Brackla at Duty Free; this is a cool, elegant and simple bottle that shows the skills of the glassblowers at Glencairn. By the way, Paul’s pronunciation is closer to Glen-CARE-in. For designing the original Glencairn glass, Raymond was inducted into the prestigious Keepers of the Quaich. Don’t ask how to pronounce that. 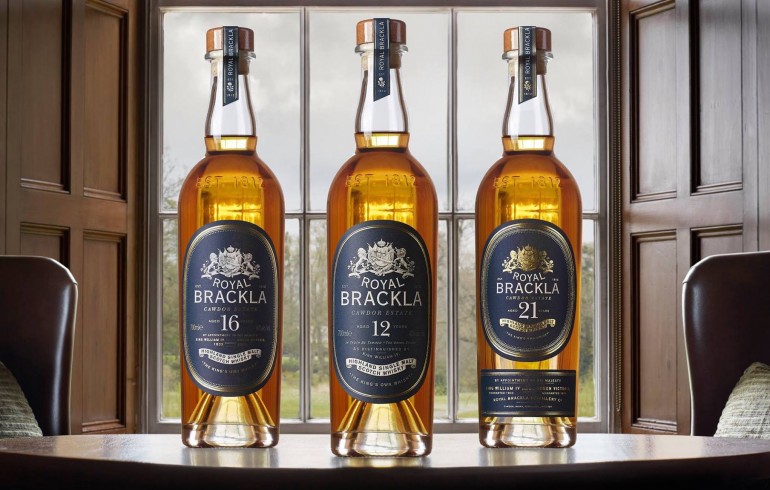 Top Whiskies We started drinking whisky at university and have only briefly come up for air since. We bumbled our way through when we started out and can more or less go to a tasting now without making ourselves look too foolish. Well, anymore than usual. Our YouTube channel, Instagram page, and this website came about as a way to take other people along as we learn and experience more of this lovely spirit. Hopefully you’ll join us for a dram as we review whisky, whiskey, and bourbon from around the world.

previous
From moonshine to primetime
next
It's maturation Jim, just not as we know it