After years of discussion, the Russell family began work to create Copper Rivet Distillery in 2011. Meanwhile, co-founder and Head Distiller Abhishek Banik was studying and teaching brewing and distilling at Herriot Watt University. They joined forces and began distilling whisky, gin and vodka from farm to glass in 2016.

The distillery is housed in Pumphouse Number 5, a magnificent Victorian building on the banks of the River Medway in Chatham at the site of Britain’s first Royal Naval Dockyard. The team say that bringing the building back to life from dereliction and learning about the ingenuity, craft and world-beating excellence of the dockyard inspired many of their decisions to go the extra mile when it came to making, what they believe are, world-beating spirits. 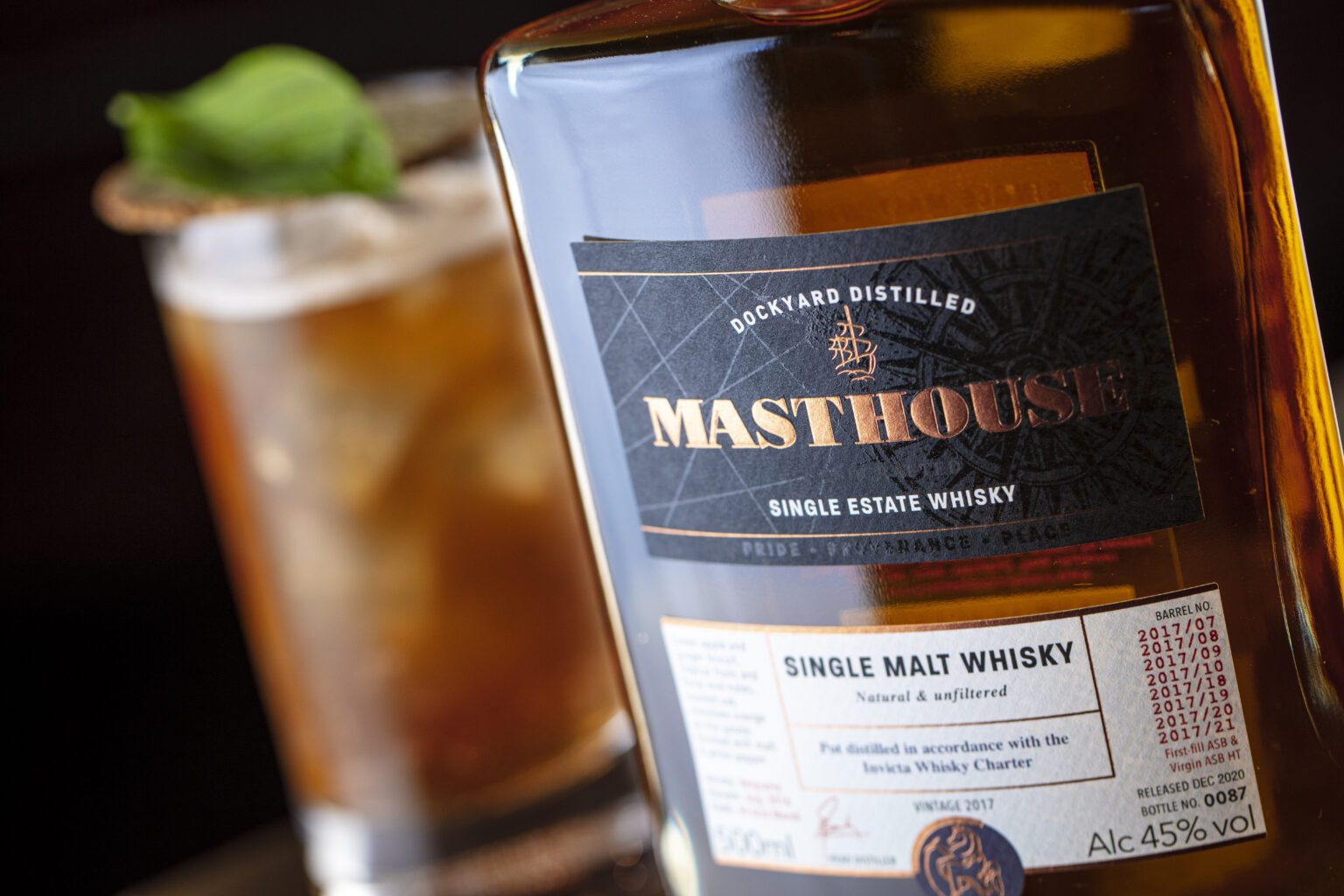 That’s why they made the decision to create their spirits from farm to glass – working with a farming partner less than fifteen miles from the distillery, giving Masthouse Whisky some of the lowest food miles in the industry. And why they decided to design and build their stills themselves with local craftsmen – it gave them control, the ability to create stills which would do exactly what they wanted and, crucially, a greater sense of ownership.
They currently have three stills – a classic pot still, a unique 10m tall, 40 copper plate batch column still and a patented gin still.
Designing and building the stills themselves has benefits – the column still can be controlled so it can be used as a neutral grain spirit tower for their farm to glass clear spirits and also to distil whisky at a lower ABV. The gin still designed by Abhi has earned a patent because it reinvented the way flavour can be infused into gin. 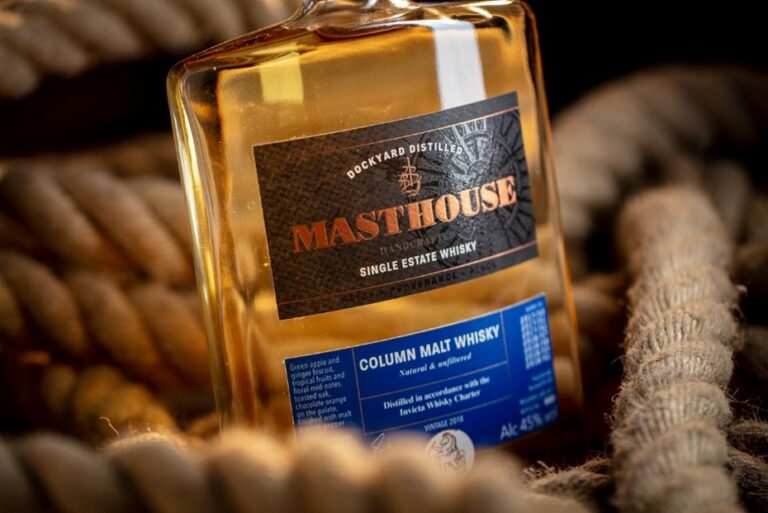 But more than this, the team know their stills with a rare intimacy – literally inside out – so when the artistry takes over from the science, as it inevitably must, during the distilling process, this they are able to work as one with their stills.

It’s the possibilities created by having both a classic pot still and column still to make whisky which makes Copper Rivet Distillery’s Masthouse Whisky fascinating and unique.

Their mission is to create approachable, easy-drinking spirits with layers of complexity. They agreed that Abhi should focus entirely on making the very best spirit possible – virtually unconstrained by commercial considerations. This enabled him to use a ‘low and slow’ philosophy as a key influence in the resulting flavours of the whisky. Every step of the process (including growing the grain, of course) is slow. Mashing-in takes place at a comparatively low temperature and so takes longer than usual and fermentation is long at seven days. 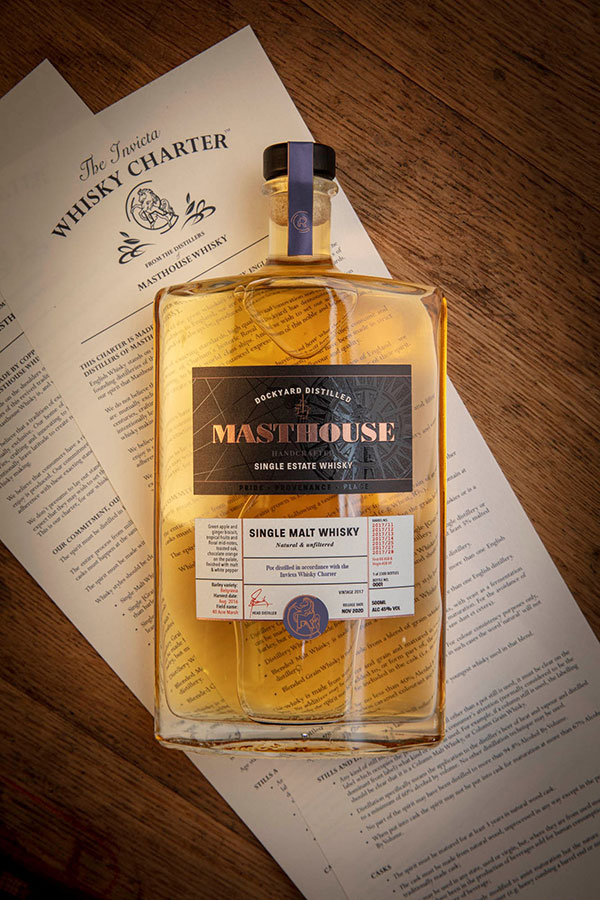 With an obsessive attention to detail and desire to control all of the inputs, founders Matthew and Abhi personally visited cooperages in Europe and the US before identifying the one they felt most closely resembled their craft ethos.

Being in the south east of England they experience some of the UK’s warmest weather and the distillery, where the filled whisky barrels begin their ageing, can reach temperatures up to 40 degrees in the summer. The balance of the ageing happens in warehousing less than a mile from the distillery, in the same climate. The leads to a significant ‘angels’ share’, but appears to have helped the sense of ageing in the spirit. 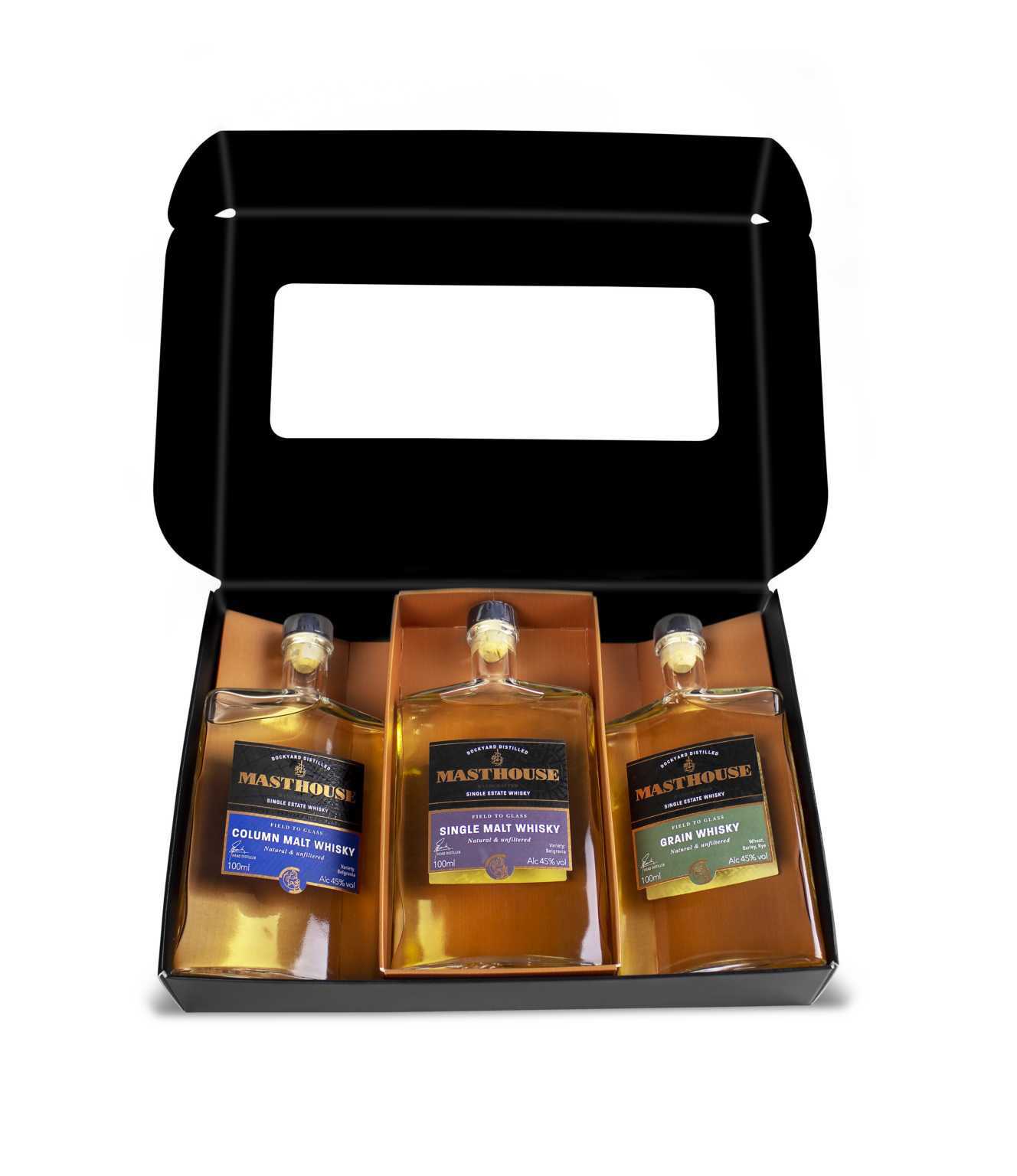 Finally, approaching the marrying process with no sense of rushing the liquid’s development created an exceptional whisky. So the distillery take as long as the whisky takes in marrying before bottling and this can be up to six weeks.

This will offer the chance to experience Masthouse Whisky’s variations according to the batch process and the chance to get to know its distinctive, easy-drinking, fruity, floral character and explore the potential influence of terroir on each new vintage of whisky.