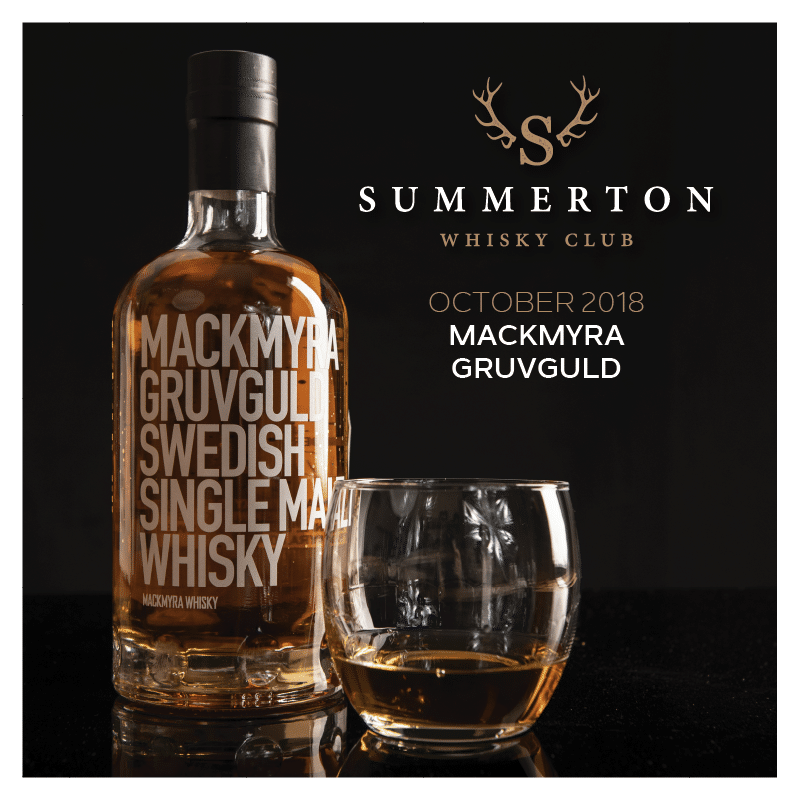 From Mackmyra’s amazing range we have the pleasure to share Gruvguld with our members, an expression not available in the UK.

Meaning ‘Gold from the Mine’, Gruvguld is a wonderfully smooth Swedish Single Malt Whisky, aged in a variety of small casks, including Olorosso, Bourbon, Sherry and Swedish oak, 50m below ground in the Bodås mine.

Enjoy…especially knowing that you are drinking something that none of your friends can get without travelling abroad.