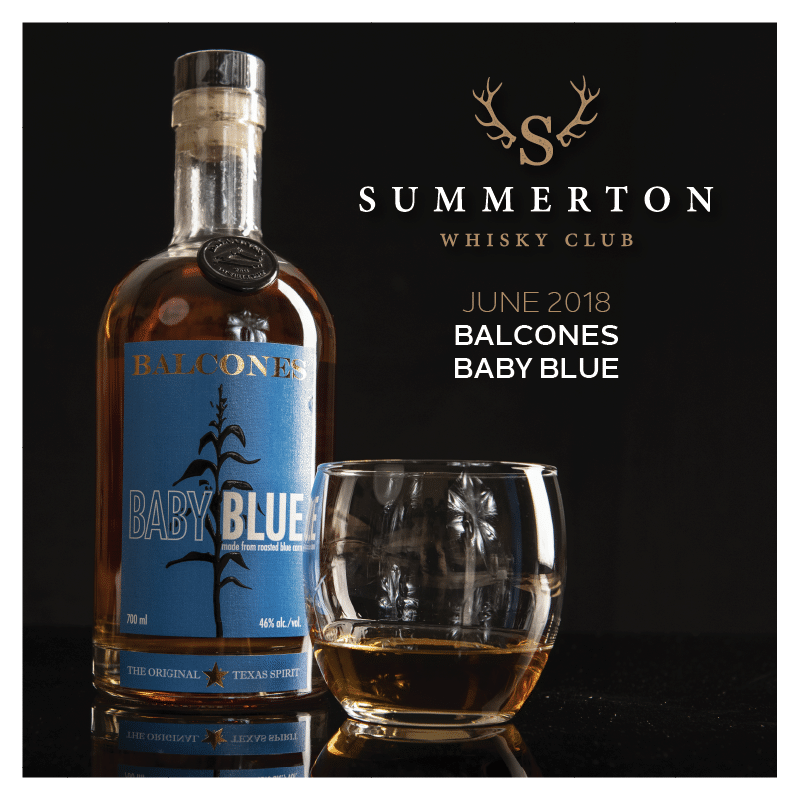 In 2008 Chip Tate started Balcones Distilling, in Waco, Texas, with the desire to do things a little differently. Chip wanted to do it his way, so he designed and built as much of the equipment he need himself, this included stills and barrels. He even shunned the large grain distributors and sourced local blue corn.

His passion was well worth it as his first release, Baby Blue, was an immediate hit, both with sales and awards, winning the top honour at the prestigious San Francisco World Spirits Competition more than once. Chip had created a blue-print for other craft distillers to follow, ensuring he is a major influence of the growing profession in America.

From that first release Balcones has grown from strength to strength, increasing their range with other fantastic and award-winning expressions, as well as moving into new premises, with all new equipment to continue their growth.

Unfortunately Chip’s journey with Balcones hit some major obstacles and he is no longer there, but his passion and vision has created something great that will only grow in stature and importance. This is a distillery to know, being named America’s best craft distiller in 2016, and we are happy to be introducing Balcones with our members.

When deciding which part of the fantastic Balcones line-up to share with our members, we thought we should show you where it all began with their Baby Blue. For us it was also the first blue corn whisky we’ve ever tried too, we hope you enjoy it as much as we did.

(Chip is also back having created Tate & Co, a distillery creating brandy, rum and whiskey, so hopefully we’ll be able to share more of his great work in the future)