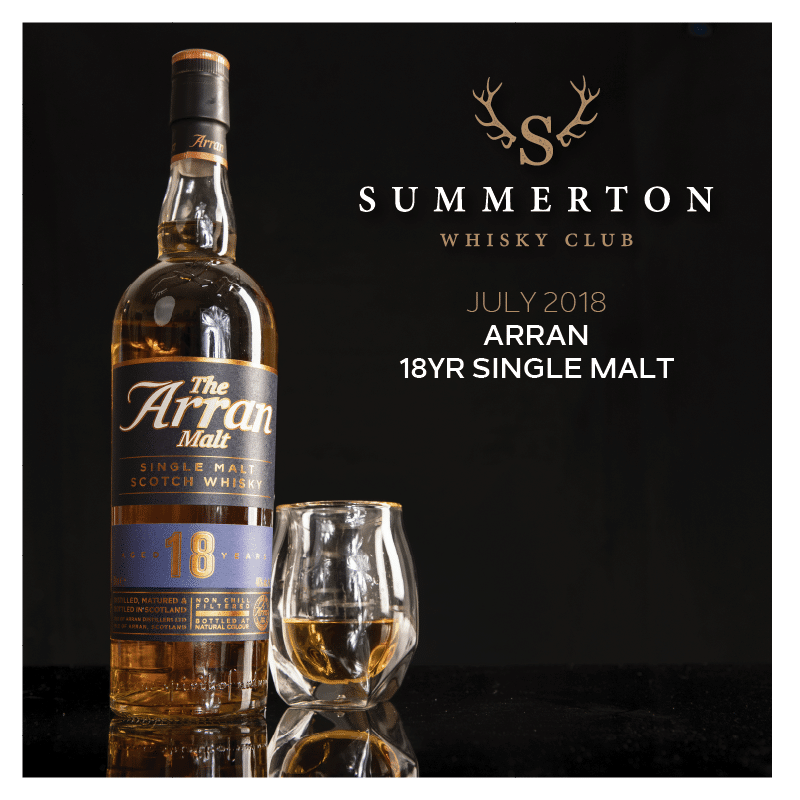 The Isle of Arran, on the West coast of Scotland in the Firth of Clyde, has a long whisky history. Two hundred years ago there were around fifty distillers on the island, both legally and illegally making what was locally known as Arran Water, however in 1837, the last remaining legal distillery at the time, Lagg, closed it’s doors for the last time.

In 1995 Arran’s whisky story started a new chapter, with the opening of Isle of Arran Distillers on the north west of the isle, where it it sources mountain water, cleaned through red granite and softened by the peat rich mountain slopes, to give it’s amazing whiskies a unique flavour (they claim that this is the purest water in Scotland). Three years later the first dram of legal Arran whisky was enjoyed for one hundred and sixty years.

The beautiful setting does also create some problems, with gales strong enough to smash windows and storms that can halt ferries, with their precious cargo of barley from the mainland twelve miles away, and nesting golden eagles that halted the distillery’s construction. But it’s all worth it when you taste the quality of their fantastic whisky, which is made the traditional way with wooden washbacks and copper stills, non-chill filtered and no colouring additives…just how whisky should be.

As an Island Whisky, you’d be surprised to hear that Arran predominately produces double distilled un-peated malts, matured in ex-Sherry and ex-Bourbon casks, to created ‘a fuller bodied dram with a delightful sweet-fruity character that shows a maturity far beyond its years.’

The distillery has been so successful that they are in the process of opening their second distillery to the South of the Island, with a nod to the island’s history, being named the Lagg Distillery. It will start production by the end of this year and will focus on highly peated malts.

From their fantastic range, we’ve chosen to share their oldest expression from their core range, in their 18 year old single malt, that was first released in 2016 and bottled at 46% ABV. This masterpiece was distilled in the first years of their existence, allowing you to taste where it all began for this great distillery. It has a lovely deep, natural colour, with tremendous depth of character.

We hope you enjoy it as much as we have.