Following the success of last December’s Glasgow 1770 exclusive we have returned to the distillery to create something unique for members. 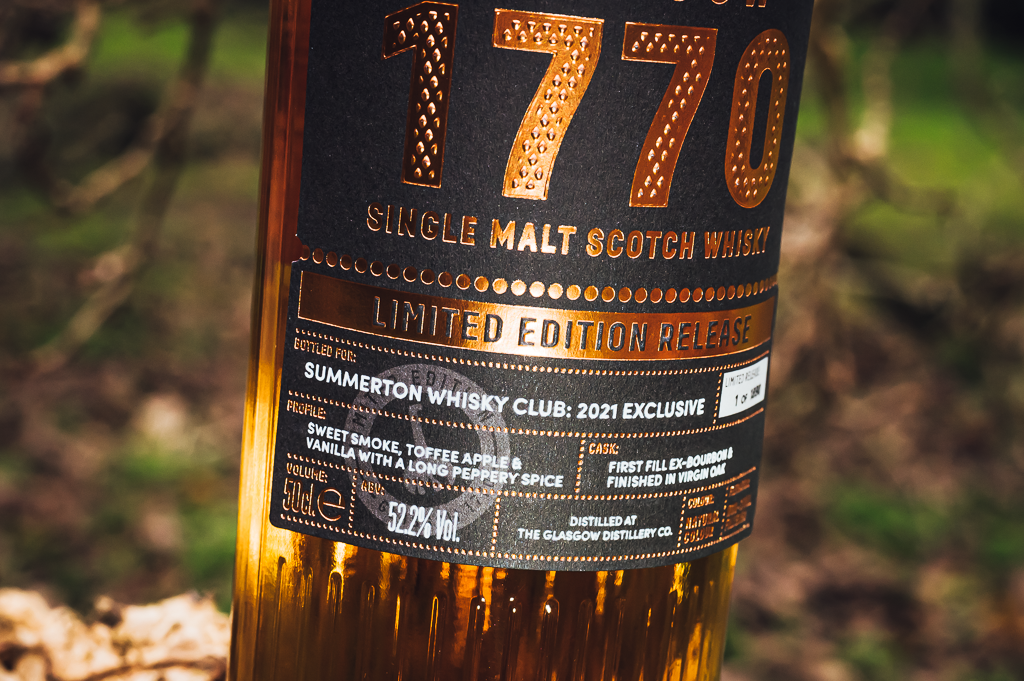 The distillery itself is based on the outskirts of the city within a historic industrial estate that was first opened in 1937 with the purpose of creating engines for Royal Airforce fighter jets. The distillery has a small footprint but produces many products; the Glasgow 1770 Single Malt Scotch Whisky, Malt Riot Blended Malt Scotch Whisky, Makar Gin, G52 Botanical Vodka and Banditti Club Rum. The small team of staff are all based on-site with their offices situated above the stills within a mezzanine open plan office which looks across the distillery – everything from production, to order processing, dispatch of online sales, marketing, finance, and logistics is done within the four walls of the distillery itself. 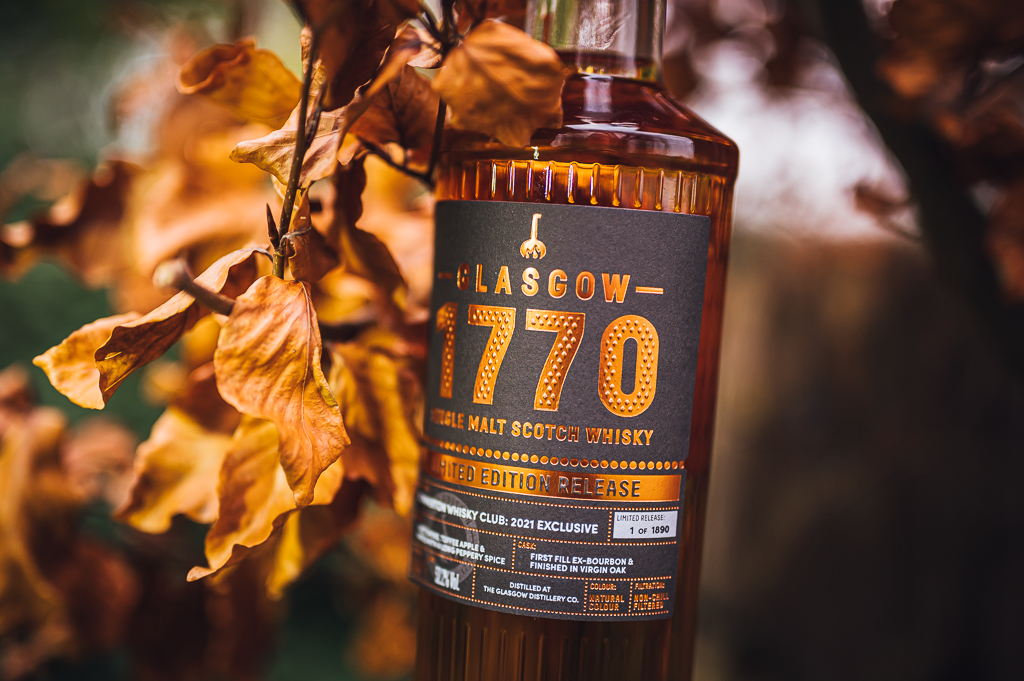 The Glasgow Distillery are one of the few distilleries in Scotland to produce peated, unpeated and triple distilled spirit styles. The whisky journey starts with a delivery of malted barley, made to the distillery twice a month. The type of malted barley delivered depends on whether peated or unpeated whisky is being made that month. If it is peated barley being delivered, then it is coming from the Highlands of Scotland and has already been dried and smoked with earthy peat from heather bogs to approximately 50 phenol parts per million.

27 tons of malt are delivered and transferred into two grain silos at the rear of the distillery. The distilling day starts at 6am by milling one ton of this barley at a time; the mill is set to provide a coarse grist recipe which breaks the barley kernels open to reveal the starchy insides. 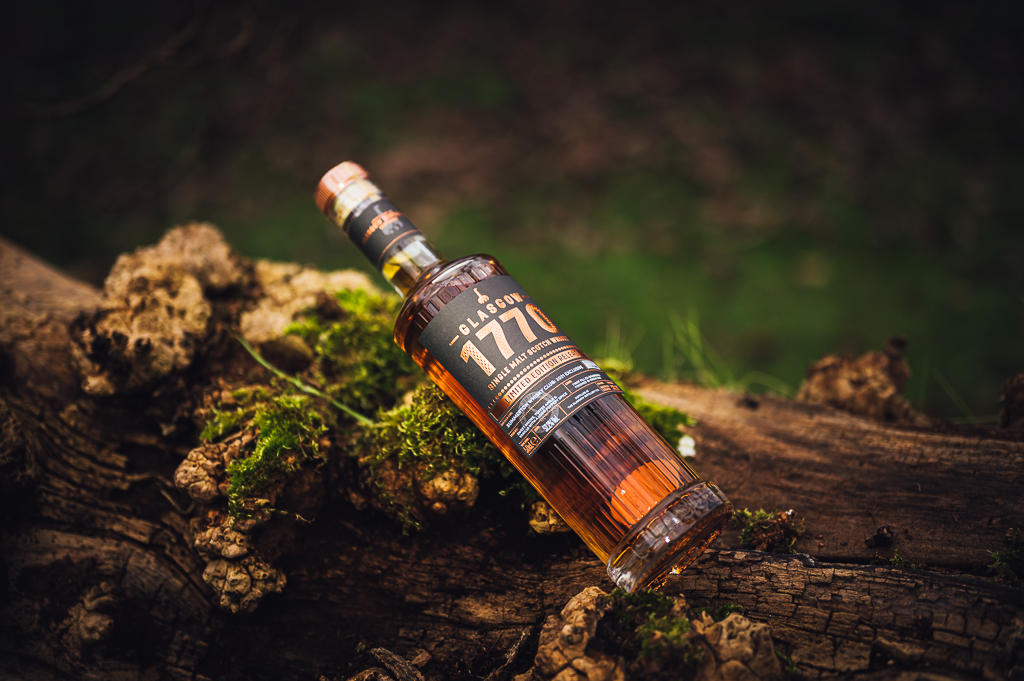 The distillery’s lauter mash ton is filled and mixed with three runs of water – each at increasing temperatures: 64 degrees, 80 degrees and finally 85 degrees. Only the first two waters will continue to the next stage, the third water is recycled and used as the first water for the next run.

A revolving arm within the tun agitates the contents and makes sure that the hot water is mixing with all the grist, breaking down the starch within the barley into soluble sugars. The resulting sugary liquid is called wort and is cooled down before being manually pumped into one of the seven 5,000-litre fermentation vessels, also known as ‘washbacks’. The Glasgow Distillery uses stainless steel which allows them to clean them regularly and make the switch from unpeated to peated spirit production.

The solids left over are collected and picked up by a local farmer every couple of days – he’ll use this for feeding his cattle as it’s rich in proteins and calories. 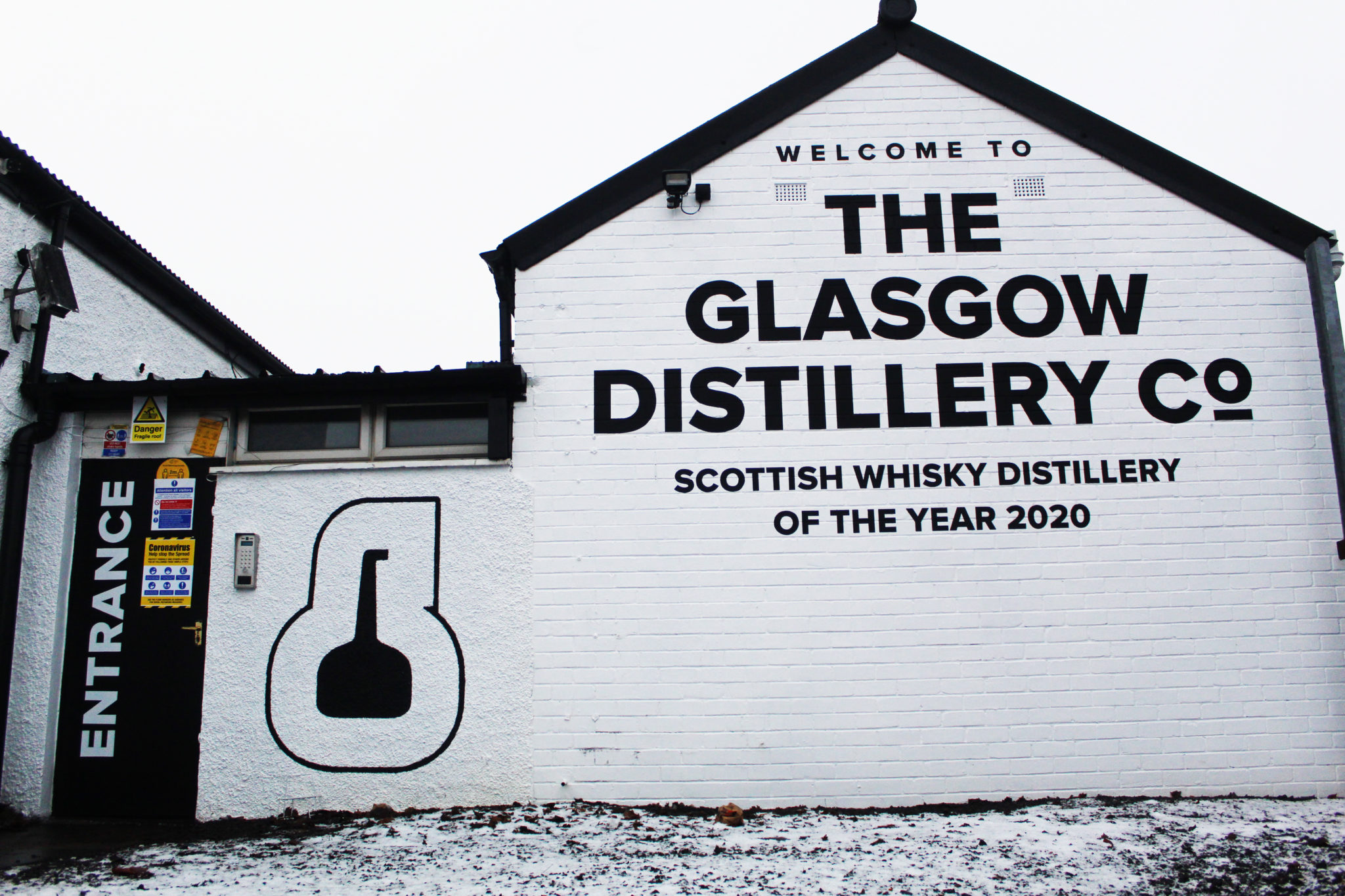 Within the washback distiller’s yeast is added and the contents are left to ferment for a minimum of 72 hours. The yeast feeds on the sugars within the vessel and produces carbon dioxide, heat and alcohol; this long fermentation produces a very fruity and flavourful spirit. After the 72 hours has passed, the liquid is known as a distiller’s beer and is approximately 8% ABV.

Next, they work in batches; moving half of this beer into the two sets of identical copper stills. Each still is named, the original duo are called ‘Mhairi’ and ‘Tara’ after two daughters of two of their founding partners. The other set, which were installed in 2020 to increase production capacity, are called ‘Margaret’ and ‘Frances’; named after two sisters who were both artists, very influential in creating the ‘Glasgow Style’ and together known as ‘The Glasgow Girls’.

Each wash still is 2,500 litres in capacity and heated with steam via a green gas boiler. At around 90 degrees the alcohol inside starts to evaporate and rise to the top of the still. The spirit will rise over the neck and lyne arm and run through a shell and tube condenser on the other side, turning the evaporated spirit into liquid again. 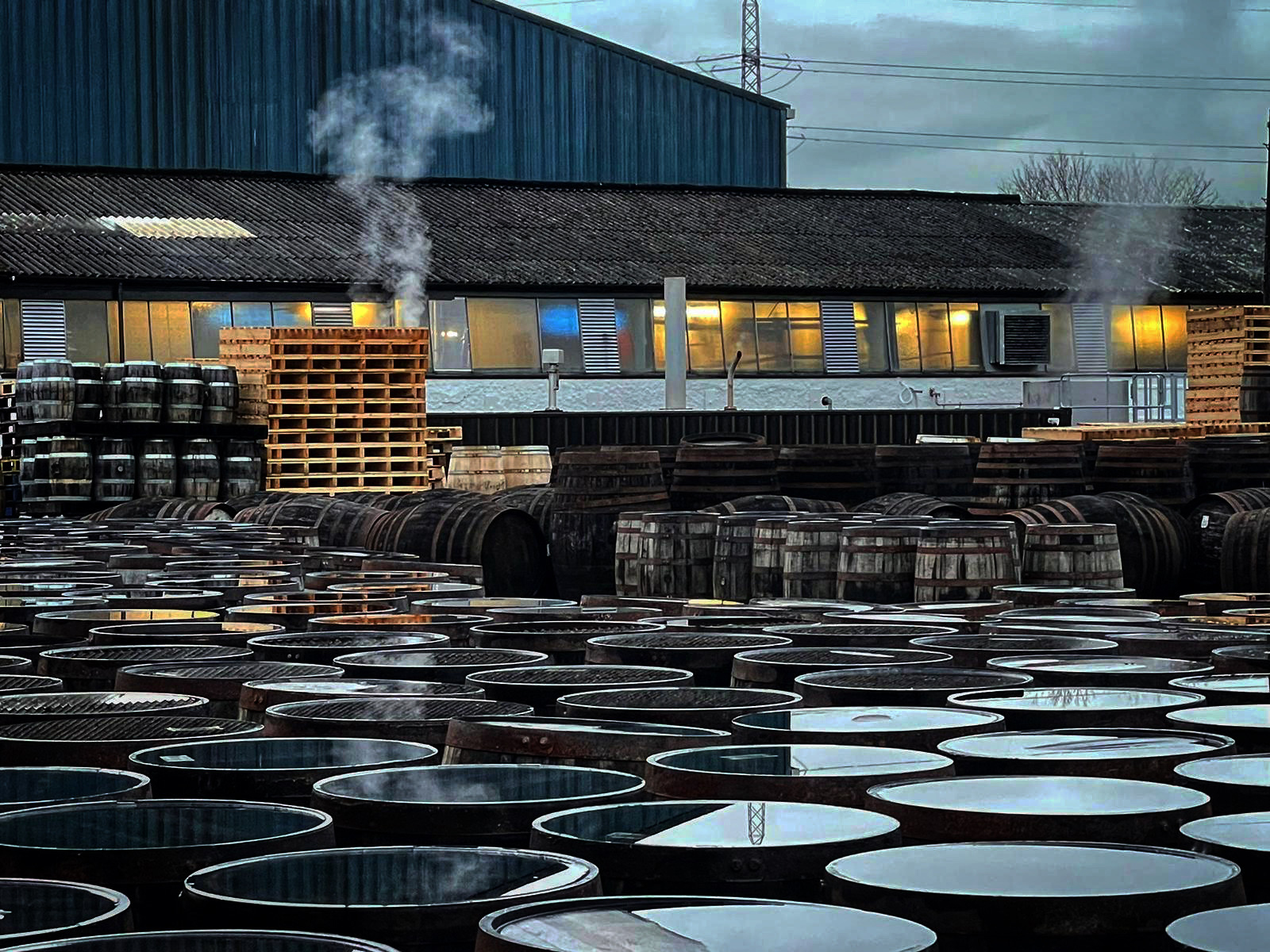 Once collected this spirit is around 25% ABV and is known as the ‘low wines’. The low wines are then transferred into the smaller Spirit Still. Once heated, the first liquid to emerge from the spirit still is called the ‘foreshots’, the middle cut (which will become the distillery’s ‘new make spirit’) is called the ‘hearts’ and the spirit to emerge after the hearts is called the ‘feints’. The foreshots and feints each have undesirable characteristics which means the moment the distillery switch over to capture the hearts is incredibly important. At The Glasgow Distillery they measure this key moment by time passed, ABV, visual clarity of the spirit and the taste test too.

The foreshots and feints from each run are not wasted; they’re combined with the low wines to be recycled for the next run, which will be later that day.

Each stage of distillation is deliberately slow and methodical, making sure that the spirit within the stills has as much contact with the copper still wall within as possible. The copper helps remove any sulphites and impurities from the spirit, giving a tasty new make spirit which is floral, fruity and sweet. When capturing the heart of the run the spirit is coming off the still at a slow and steady 3 litres per minute. 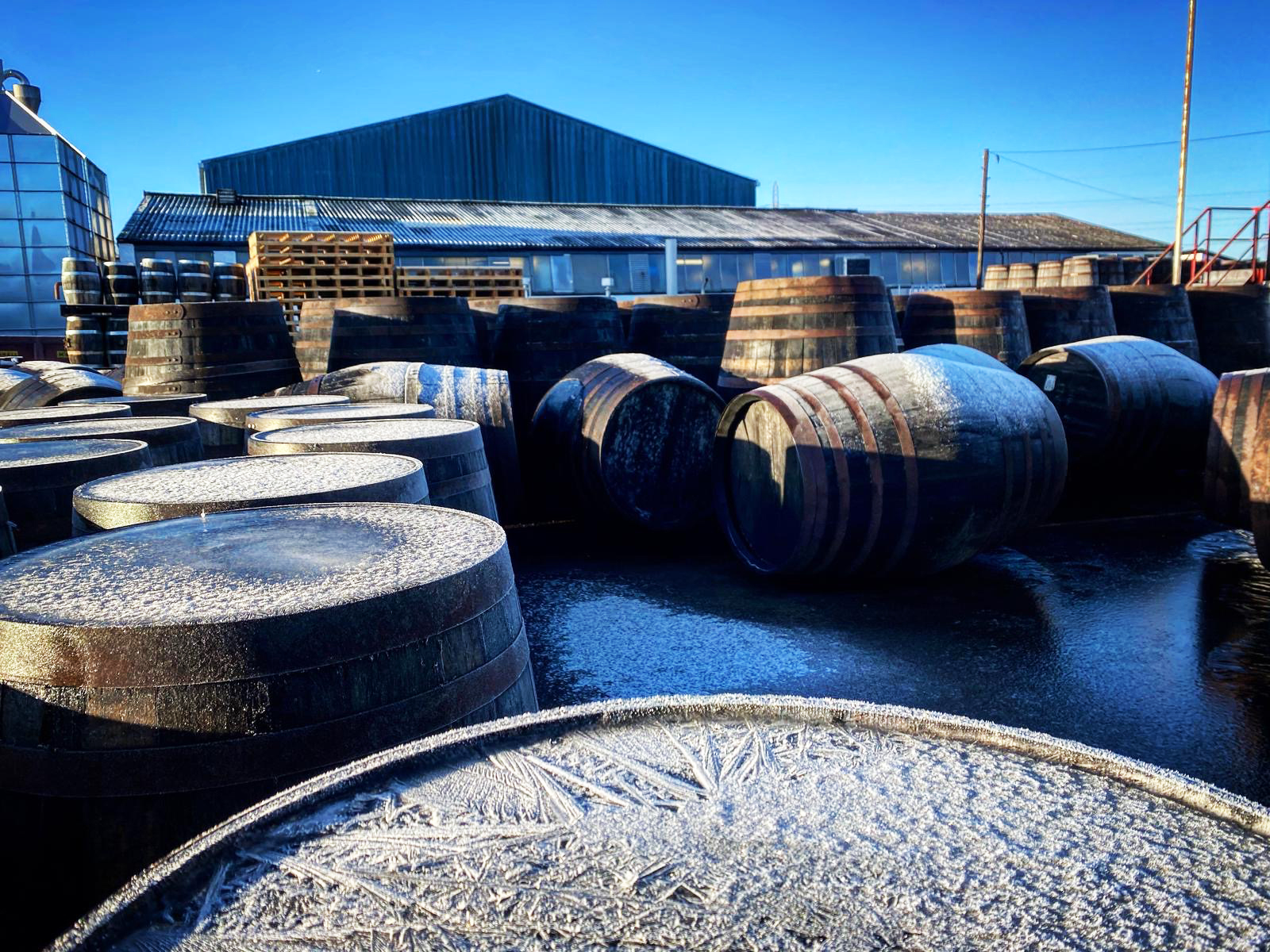 The shape and size of the stills has an important impact on the final product. The Glasgow Distillery’s stills have been made to a specification which they believe will give them the best character and quality possible – incidentally, the size of these stills are roughly the same as what the original ‘Glasgow Distillery Company’, would have been using back in the day: the shape is neither too high and tall, nor too squat and fat, to give good levels of reflux and a balanced character that allows them to produce the multiple styles of whisky that they do.

At each stage of this distillation process the team of distillers are manually checking the spirit, monitoring and measuring every process – it’s a very hands-on operation, with little automation, which makes the spirit they create truly ‘handcrafted’. For this year’s 2021 Summerton Exclusive Release The Glasgow Distillery have vatted half peated single malt whisky and half unpeated single malt whisky. The spirit was distilled in 2016 and initially casked into 200 litre Ex-bourbon barrels.

In 2019 the spirit was filled into virgin hogshead casks, these have been medium toasted and heavily charred. Bottled at the end of November 2021, this exclusive release boasts notes of sweet smoke, toffee apples and vanilla with a long finish of pepper spice. Natural in colour and non-chill filtered, this release is limited to 1890 bottles which have been bottled at 52.2% ABV. 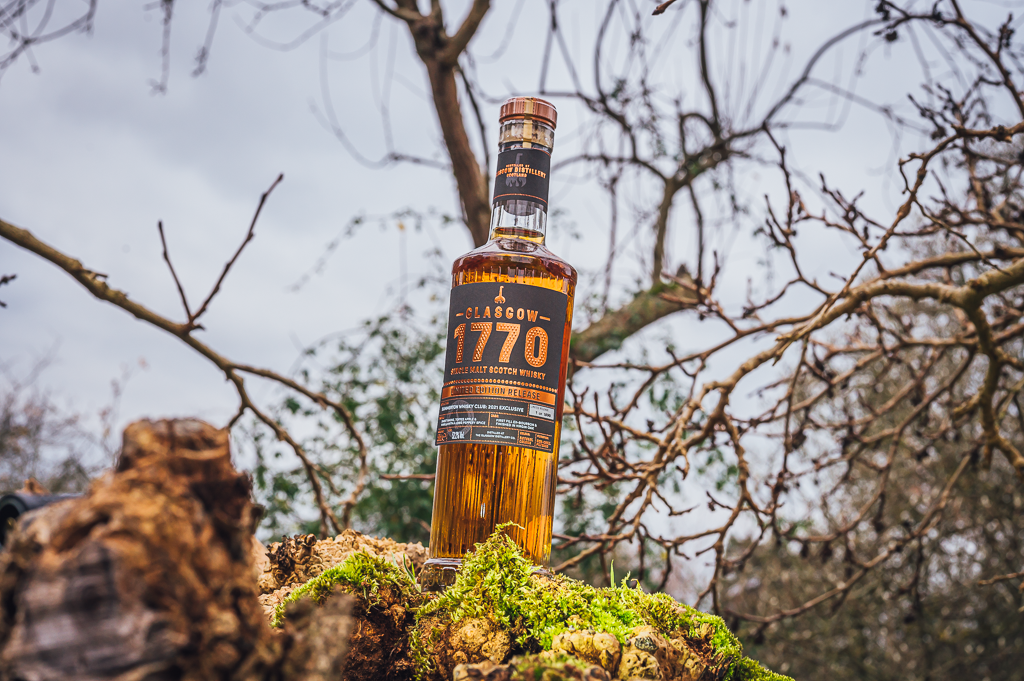 Those interested in picking up something else from the Glasgow range can use the discount code  (HIDDEN – MEMBERS ONLY) to get 10% off your purchase at www.glasgowdistillery.com and free UK shipping (excluding Limited Edition items, valid until 31st January 2022)

Sebastian from the Glasgow team has kindly offered to host an evening on Tuesday 28th December from 7pm, for you to get to know more about the distillery, to ask any questions and also enjoy our bottle together (details to follow via email). 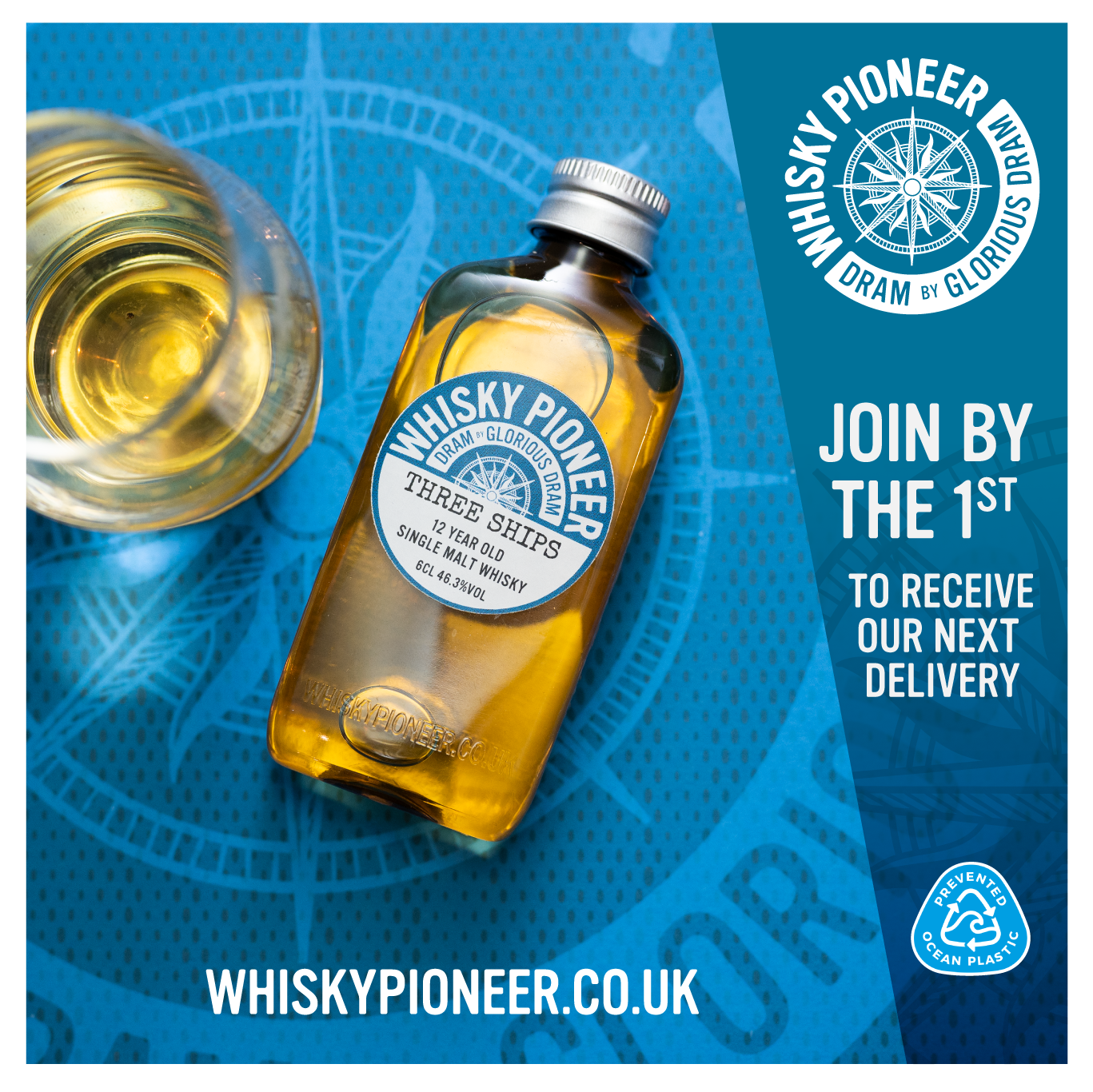